The Great Things About You—and Everyone Else

You’re amazing. You really are. 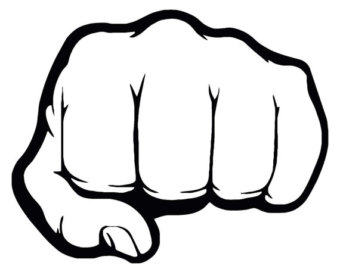 The odds that you ended up being exactly you are staggering, and yet, within a level of individual variability that would leave the stoutest statistician weeping in the fetal position, we somehow end up with a planet full of people that are alike in so, so many more ways than they are different.

And we are never more alike than in the ways that we are awesome. Every one of us walking around on Earth today is a gold medal winner in the long, hard game of natural selection. Make no mistake: you were born with a bigger stockpile of kick-ass abilities than you will ever develop.

As seen previously on Reembody, here are just a few of those intrinsic abilities that come standard for the current model human you—and the rest of us—were born lucky enough to be. 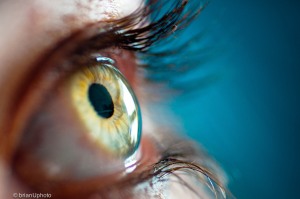 Being part of the fitness world means talking about muscles a lot. Muscles can be improved and, in the frenzy to improve them in the best, most revolutionary way, it’s easy to forget that there are pretty sizeable chunks of you that do not need improving.

Most of you, really.

Muscles are pretty cool, sure, but there is so much other cool stuff going on in that body of yours; some of it you don’t have to work so hard for. Some if it is just there, free and clear, improving your quality of life in ways you may not even realize.

One of those things, which you get as a door prize just for being born human, is a pair of eyes that can see color better than most other mammals on the planet.

Light moves in waves, and the distance between the peaks of those waves—what’s called wavelength—dictates what color light you’re looking at. The difference between the wavelengths of, say, blue light and orange light is around 100 nanometers.

Looking at this color wheel is practically a super power

A nanometer is one billionth of a meter. For perspective, an object 100 nanometers wide will still pass through a surgical mask. Apply that infinitesimal distance to a wave of light and shoot it through your eye and it’s the difference between blue and orange: two colors you can distinguish so well, they could literally not be more different.

If that wasn’t amazing enough, the average human eye can comfortably discern wavelengths of light that are a single nanometer apart. That’s half the diameter of a DNA molecule. That’s how much human fingernails grow in one second. We’re talking on the size scale of atoms here, and you’re carrying two self-regulating, self-repairing, fully networked cameras in your skull sensitive enough to measure and use that information in real time.

Living in a world where that is true means that, sometimes, I just can’t get that fired up about bicep circumference.

So take a moment today, when you happen to glance at your socks and notice that one is just a shade or two lighter than the other, realize that you are effortlessly perceiving something on a scale barely conceivable by your conscious, rational brain, and be grateful that in this and many, many other ways, you are so much stronger than you think.

2. You Against the World

Every day you get up out of bed, put your feet on the ground and casually walk around your house. You go up stairs, reach for cereal boxes from the top shelf, change lightbulbs and carry things from here to there.

And all the while, you are blissfully unaware of the fact that the mass of the entire planet is generating violent gravitational forces that drag at you like a relentless zombie horde.

Lucky for you, your skeleton is amazing. Like the proverbial optimist making lemonade with lemons, your bones are using that massive planetary force for moving furniture, gardening and twerking instead of collapsing into a useless carbon-based heap. Gravitational acceleration clocks in at about 9.8 m/s2; that translates to a mind-blowing 21.9 mph/s, which, for perspective, is just a little bit faster than the 2011 Ferrari 458.

This means that every second of every day, the planet is trying to flatten you with an acceleration that wasn’t beaten by a supercar until 2007, and your skeleton just keeps walking around like it owns the place. And the coolest part? You’re bipedal, meaning that you’re doing all this with only two legs while the vast majority of other mammals strut around with four legs and a tail. Your feet manage forces equal to nearly 150% of your bodyweight with every single step—or 300%, while running—and even inactive lifestyles include around 3000 steps a day. For active folks? 10,000 steps or more. You do this using an arsenal of insanely powerful and versatile structures: structures like your iliofemoral ligament. It’s the strongest ligament in your body with an ultimate tensile strength—the weight it can support before breaking—of 350 kg. For those of you not currently wearing a lab coat, that’s a little under 800 lbs (or, if you prefer, the bodyweight of a particularly large grizzly bear).

In fact, almost all of your joints are outfitted with ligaments that are capable of carrying many times more force through their longitudinal axes than you will probably ever need; the iliofemoral ligament is just the biggest beast of the bunch. You don’t have to “sculpt” it, you don’t have to earn it; until now, you probably didn’t even know you had it. But you do—and it’s another reason why you are stronger than you think. 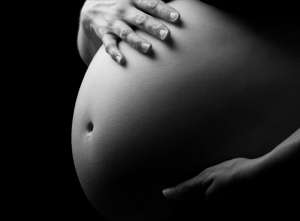 Someone more qualified than myself can bombard you with tips on swaddling. I don’t have any advice for you; what I have to say, deep down, you already know.

You can do this.

I don’t know you, but I know a lot about you. I know that you are the evolutionary product of 2 billion years of an endless variety of organisms competing to be the most stupendous badass on this mass of rock and saltwater and, at the moment, you are winning.

I know that there has never been a creation story told anywhere on Earth that is half as extraordinary as the one that takes place in your body; gods and heroes haven’t got a thing on the quiet deluge of cellular division you are capable of orchestrating.

I know that you are strong because strength is not the hammer; it’s the forge. “You’re as big as a house!” you’ll hear. Bullshit: you’re a mountain and the wind blowing hard through the timberline booms with a voice that says, in no uncertain terms, do not fuck with me.

You’re a lava flow cooling in the Pacific, all heat and steam and purpose. You’ll change—oh yes, you’ll change—and what you’ll be when you’re done is two people and if that doesn’t blow your mind it’s because you haven’t really thought about it yet.

You are not diminished; you are enhanced. Whatever you thought you were before, you’re better. Whatever scares you now, you’ll conquer. Whoever you were is exactly who you are still going to be, only with more love and less fear.

You are a lightning bolt, and you can do this.

7 Responses to “The Great Things About You—and Everyone Else”